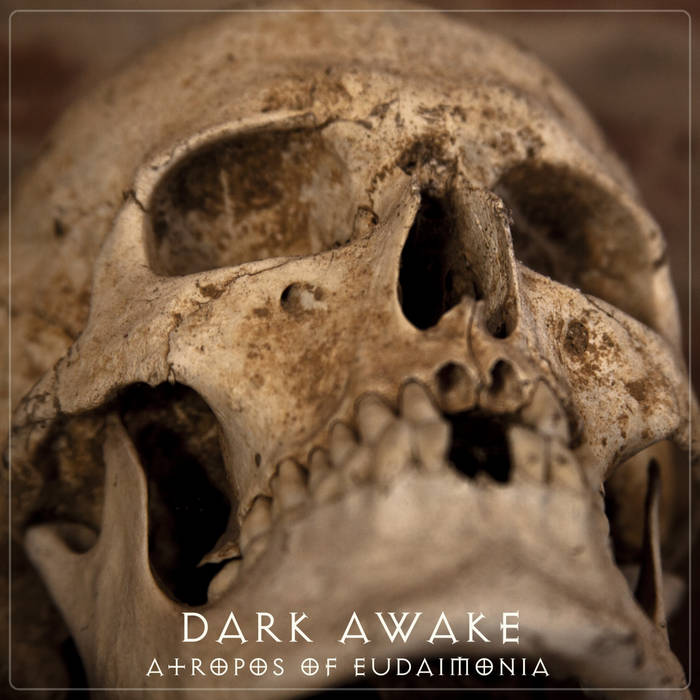 We are proud to present our third official release, the new album of the greek act Dark Awake.

After the success of their first album of this year released in January, "Non Omnis Moriar", the project of Shelmerdine VI and Sekte is ready for another release that puts together neoclassical arrangements with obscure and ritualistic dark ambient atmospheres.

A combination of Martial Industrial and Dark Ambient soundscapes towards a deep and beautiful experience and even a sense of the sacred.

The artwork pictures are taken by Giordano Bruno (Prince of Agony) from the Italian cult metal band EVOL and between the songs there is a Sol Invictus cover with Wagnerian dramatic and emotional intensity.

"Atropos Of Eudaimonia" is not music for the entertainment...is a path for the wisdom.

Through the years DARK AWAKE have established their own identity and quality.. the new album is full of beauty, strength and spiritual evolution and the tracks convey and spread the ideas of aestheticism and transcendentalism.