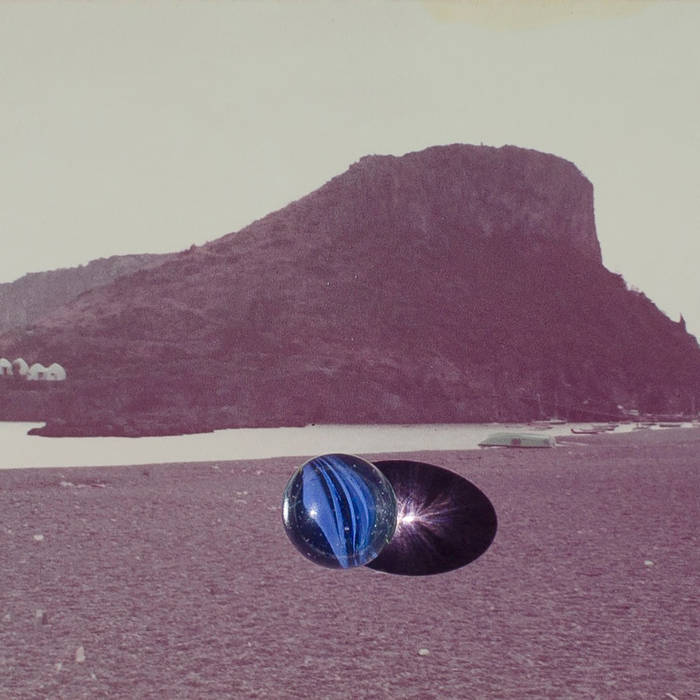 To dwell is a philosophical quest, even if it concerns existence and reality.

To dwell a space, or to cite an important electroacoustic composer - "Spaces Inhabitables", François Bayle.

It seems a record of the old school electronic, but it has been
composed and recorded in two days - respectively in two days of session at his home studio, in Rimini (November 2020, after a creative residency with international theatre company Motus).

Demetrio Cecchitelli evolves constantly and is at the continuous research of new sounds to investigate. In this case, the instrumental
setup is really relevant (transverse flute, electric guitar, bass guitar, microphones and percussions).

The union with the live electronics and the live mode recording
sessions make "Dwell" a rare example of improvised, and at the same time, conceptualised ambient-avantgarde-electroacoustic music, sometimes glitch, others post-rock.

It's not rare in the sense that there are few composers who still work like
this, but it has to say that is not as common as easy to find them.

Anyway, the importance in this work has to be given to the influences - the first experimentalism of Roberto Cacciapaglia, the use of the saxophone from Ben Vince and Colin Stetson, guitars' usage and transformations of Aidan Baker and the seminal Hassell and Jon Gibson.

The album (33' round) has been released by the fine Italian label Dornwald Records, and the equipe involved inside the totality of the work is signed by Renato Grieco (mastering), Nicola Tirabasso (tape layout and graphics) and visual artist Maria Vittoria Desiato (cover art).

A writing by John-Robin Bold (Force Inc.-Mille Plateaux / Quanta Records) about Dwell is also included with the Digital Version of the Album.

Released in 50 copies of short-run tapes (copies will be available soon).

"Just as Demetrio Cecchitelli's album Dwell was recorded in one day, this text is also written in a flow of thoughts, dwelling over this music in the mode of self-reflection. Recording an album of almost 40 minutes in a single day can nowadays be explained less by expensive recording studios that are rarely available, but follows the pattern of equating producer and consumer, musician and listener, in that they both be
moved into the same timeframe. The musician acts, listens and reacts in the same real-time framework as the listener. As a result, the musician gives up the possibilities of the complex construction, but in return gains a communicative advantage, since his sense of time is likely to be more similar to that of the listener than after several months of reworking the piece. Dwell's two meanings are: (1) to think about something and (2) to inhabit something. Musicians and listeners dwell in the same ambience, and observe the sounds that surround them: the transverse flute, electric guitar, electric bass and saxophone have all been given a similar varnishing, which gives turns their surfaces gently
reflective, pliable - like a swimming pool perhaps. Microphones and percussion add restrained, finely hatched digital noise, which nowadays has gained a clearly nostalgic character. Some hard glitches with pitch shifting and distortion stick out. In the sense of the title, however, they do not pursue a role in any larger plan of the album, but are mere appearances, just like all forms known to this music: They appear, repeat themselves and disappear again. One follows these events between expectation and surprise. However, both do not enter into a relationship of exciting anticipation and so one is completely on their own when listening. In other words: free. It is only logical that no conclusions can be drawn from Dwell. We should equally be careful not to derive an alleged political-social benefit from this “open end”, as is
currently being done all too often: namely as an antidote to the general media oversaturation – or rather, polemically said, as an anti-modernist return to the village. Dwell stands in a tradition of music that basically doesn't want something. This opens up two possibilities: being stuck in boredom or free in observing/observing freedom. Even more problematically, the recent boom of such music ranges from
esotericism to “Spotify ambient” kitsch, from 432Hz healing music conspiracies to electroacoustic bathtub sessions or other aberrations of taste. After all, Demetrio Cecchitelli’s album finds itself therefore unintentionally in a political situation. It has to maintain a difficult balance between its simple but serious idea and its feebleminded
but pretentious relatives without being on a mission as this would go against its own concept. We too have to commit this balancing act. Maybe I have already said too much for that."
- John-Robin Bold